I may have mentioned in another post that I was brought up Catholic.  Well I have just bought a beautiful Fellowship Bracelet from a wonderful eBay seller  the Immaculata   for a good friend of mine in the USA.   It is a unique chunky bracelet with charms, as above.

Now I’ve gone back to the site & purchased for myself a pretty multi-coloured stone chip bracelet.  It has a small stone butterfly and stone cross.  When I was younger my favorite bracelet was one with a stone cross!  It is beautiful.  I love multi-colours too!

Head over now to look at the amazing array of items for yourself in the United States, or another country – –   or for a Friend or family member.   UPDATE:  Sadly (for me) I did not get the bracelet above, because the Seller could not post it to me in Australia due to shipping constraints.  If I was in the USA the same country as the seller, I would have been able to purchase it.

My partner and I spent a lovely 3 nights away recently in Margaret River, at the beautiful Riverside Tourist Park in Willmott Avenue, a stone’s throw away from the Town centre! We left the suburbs of Perth around 11.00 am on Thursday 23rd April and arrived at our new temporary residence 3 hours later.

Our domicile was a small 2 person chalet, number 15, quite close to the Office. The park consists of a great number of different accommodation arrangements, to accommodate singles, couples and families, and includes lovely awesome cottages alongside the Margaret River.

END_OF_DOCUMENT_TOKEN_TO_BE_REPLACED

I love watching Antiques Roadshow & Bargain Hunt, and saw an episode recently which showed a beautiful old vase made by George Owen (1845-1917).  It was Reticulated Porcelain ( or Porcelaine réticulée in French).  The piece wasn’t signed because it was an early trial piece, with a chunk that had been restored at the bottom of the vase.   The screenshot below is from Christies, click on the picture to go to the website.  Just one example of these glorious and skilled works of George Owen ! 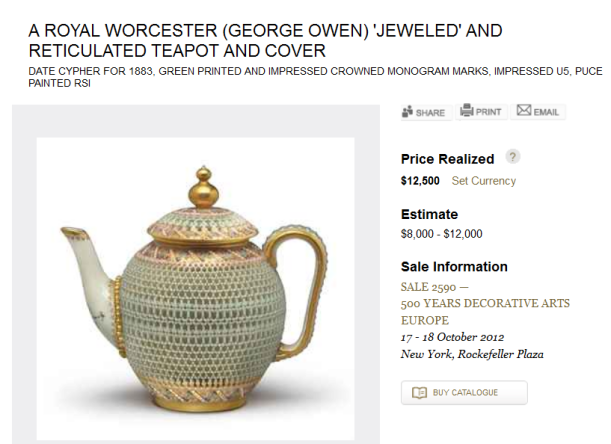 George Owen’s chosen field of expertise was reticulating – piercing decorative porcelain objects, a technique which he never divulged to anyone.  He was without equal, the quality of his work unmatched through to today.

Around 1845, pierced decoration was a hallmark of excellence at England’s Worcester potteries.  Reticulated pieces have double walls, of which the outside one is pierced with a pattern, often a network of exceeding fineness, a lace-work in porcelain through which may be seen the internal wall.

However, if you click on the link below, it will take you to Google images showing some of George Owen’s glorious porcelain works.

I bought this BEAUUUTIFUL pewter Shire Horse from the eBay Seller – sea-eagle 1, a great Seller, with beautiful sculptures and figurines for sale – Collectables, Dolls & Toys.  Have a look at their porcelain Ladies and their Sherratt & Simpson animals for sale.

It is quite heavy and in mint condition, a stunning old, long retired original Wildlife Sculpture, circa 1980s.  The Horse ia approx. 3 3/4 inches long by 1 1/4 inches wide x 3 1/2 inches high.   The Horse was packaged very well indeed, with special “puffy” padding and in a box with extra packaging material.  I was so excited when I got it and even kept the stamps on it.

This horse of course reminds me of Bill, the Shire pony in the “Lord of the Rings”.   I havent’ named my horse yet, but think it will be a lady’s name, when I do.

Royal Hampshire Foundry is well known for its pewter military figures, but it also manufactured some wildlife sculptures.  Alan Haig has the Kingfisher avaiable at the time of posting this.   He had a Squirrel, which was also VERY cute, but that has Sold !!

for a beautiful and unusual figurine NOW.

YOU WON’T BE DISAPPOINTED

This elegant German porcelain dancer is seated on a graceful bench adjusting her slipper.  Her dress is layers of exuberant ruffles.  She is wearing gold slippers and her arm is adorned with gold bangles.   Her face is serene and lovely.  The base of this figurine is marked SchauBach Kunst, Germany.  She is dated around 1953 to 1958 and is in excellent condition.  Her size is 7 inches tall x 6 1/2 inches wide x 5 1/2 deep.

I bought her from  Suzan Dentry Antiques   at the online Ruby Lane store.

See more of this Post for more beautiful photos.

END_OF_DOCUMENT_TOKEN_TO_BE_REPLACED 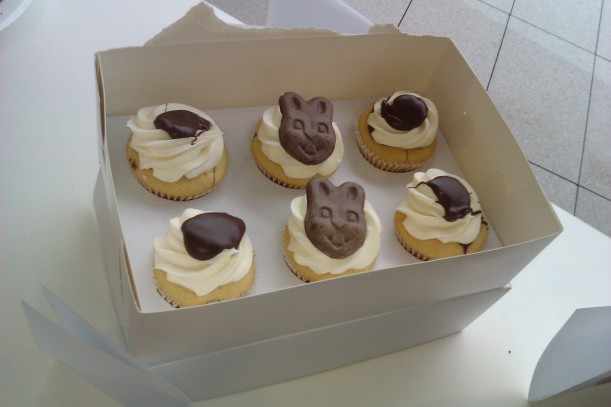 END_OF_DOCUMENT_TOKEN_TO_BE_REPLACED

Dates of Posts are in Blue